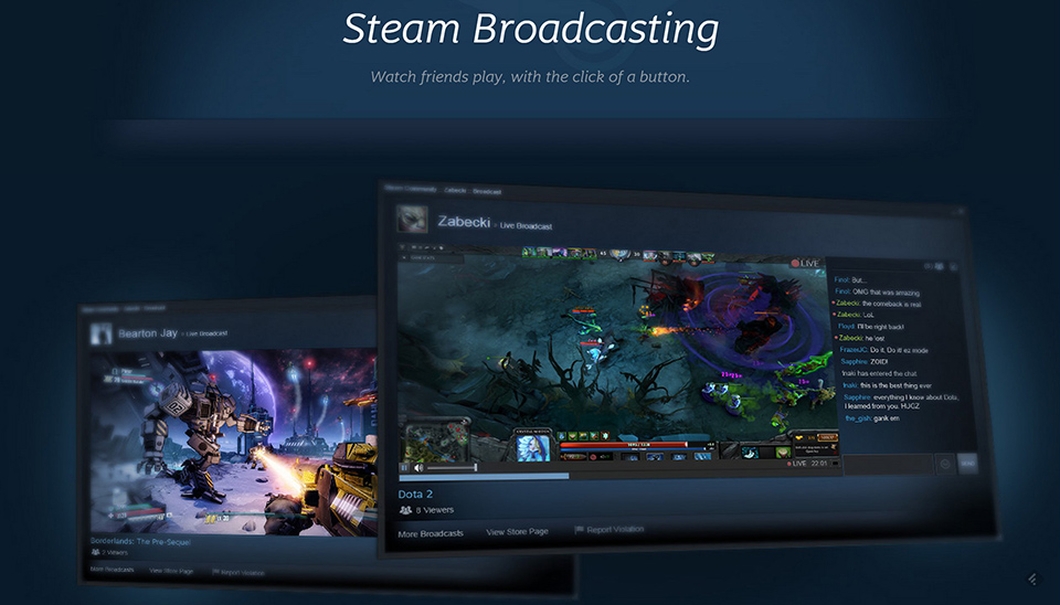 Almost a year after introducing in-home streaming to its popular distribution platform and video game client, Steam is introducing the beta stage of a live-streaming service that may make Amazon twitch just a little.

Steam’s live-streaming feature comes a day after Valve concluded its wallet-leaching autumn sale on thousands of video games. Now gamers can share live feeds of their gameplay and maybe even convince their friends to pick up new games when the impending winter sale kicks off this month.

To start broadcasting gameplay right now, Steam users will need to opt into the Steam Beta Update — the option is found under the Settings menu’s Account panel.

Users can view their friends’ games by selecting the “Watch Game” option from arrow tab next to each player’s gamertag. Steam currently doesn’t support the ability to archive games, so gamers can only view live feeds from friends that are “currently in-game.”

For those who’d rather not have an audience watch them respawn at the same checkpoint 14 times in a row, Steam has built-in privacy options for the live-streaming features. The following privacy options will appear the first time an individual attempts to take a seat in front of another user’s live stream or when an individual visits Steam’s Broadcast panel:

If live-streaming is enabled, Steam will begin broadcasting gameplay as soon as someone’s request to watch is granted. Streamers can end their broadcast by pressing “Stop” in the broadcast section of the Steam’s in-game overlay.

Streamers be warned: as live-streaming is still in its beta stage, Steam is only provisioning a limited amount of bandwidth to deliver the feeds. During this beta, there may be wait list to view broadcasts that are already serving a large number of viewers.